How to survive the weekend 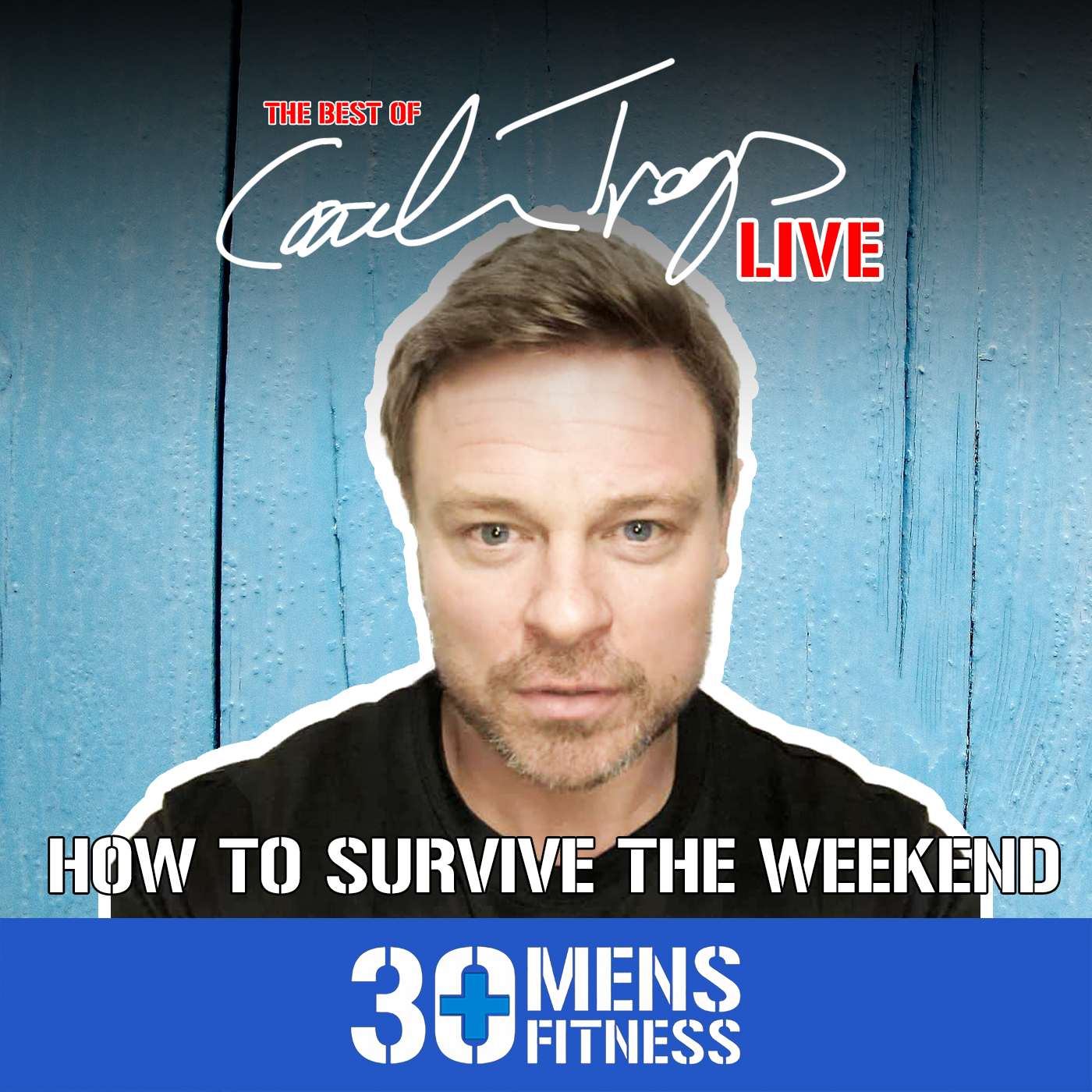 For most of us, weekends can be challenging.

Our normal work day routine is thrown out of the window and we’ve more access to food and drink. You might be at play centres with the kids, there’s all these temptations

If you plan to eat a little bit more this weekend, like most do, here’s a couple of tips. So in order to be losing weight, ideally you should be tracking your calories, and you should know what you’re deficit is for the day. I never recommend more than a 500 calorie deficit in the long run for sustainability, but that’s down to you.

If you know your numbers for a day, work them out for a week

I’m on 2300 at the minute, and that works out as 16,100 for the week. That’ll give me a steady pound a week weight loss. So what I would do is I would actually start tracking on a Saturday and a Sunday, when my calories are going to be a little bit higher.

Let’s say I have 2500 on the Saturday, 2500 on the Sunday, which is highly likely. Sometimes on a Sunday it can be more, because I have a big roast. I then deduct that from the 16,100 and divide the remainder by five, which will give me a calorie output for the week. Which then means I can bring it down in the week if I want to when I’m at work, I’m on my feet, et cetera, I can move a little bit more, less access to food.

I go into this in more detail and have some framing examples you can use in the video.

Tregs: Cannot stress enough this year how much I want to tell you about weekends, how important they are. And I’m talking to myself as well here because this is something that I’ve had difficulties with in the past, but really kinda mastering it.
Because really guys, the weekend is absolute key. So I’m gonna give you a few tips for mastering your weekend to help keep you focused, I hope. I’ve been listening to a lot of audio this year which comes down to talking about discipline, consistency, mastering your weekends, et cetera, et cetera. And sabotage and things like that, because I think anyone can have a great plan. You can have the best plan in the world, access to the best coaching, nutrition in the world, but it comes down to this really. And I think that a lot of people get to the weekends and they’re kind of like, “Yeah I’ve had a good week, busy week, might be stressful.” And they’re looking to reward them with a food, excess alcohol, et cetera, et cetera. And look, if that’s your bag, fine, but most people that follow this page wanna lose weight, wanna get fit, wanna be a better version of themselves, wanna be healthier for their kids. And so I’m trying to help you with that

So weekends are difficult. Why are they difficult? Well there’s no work, so for me it’s like if you’ve got young kids there’s more stressors there on the weekend. Like being around kids can be challenging. I’ve got two boys, one’s an absolute angel, one will literally talk you into the ground. Like you spend a couple of hours with him and he’ll drive you into the pub. It’s just question after question after question. Great lad but he just drains you, you know? And I think a lot of parents will say the same with kids. And quite often you just think, “Ah sod it.”