Why the Scales Lie 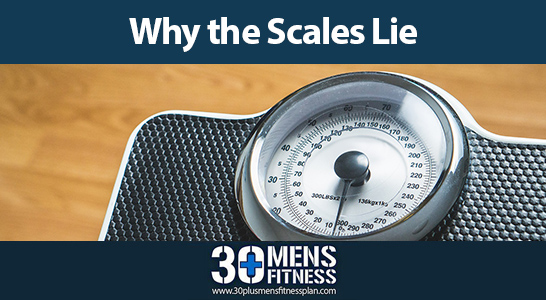 In this article I want to talk about why the scales are NOT always accurate and what should you know and do to get an accurate reading?

In 2016 I spent an amazing 8 months working and training with my good friend Renzo Algieri who placed 6th in Mr Universe for the over 50’s category. I remember asking him what weight he was when he used to go on stage for a competition and he told me this; “When you get up there on stage the judges don’t care how much you weigh they are just going by how you look and for that reason I simply go by what the mirror tells me”

He went on to add; “In 30 years of bodybuilding the mirror HAS NEVER LIED to me once”

A simply fantastic piece of advice and its something I’ve tried to pass on ever since.

But what if you have a target weight and are hell bent on achieving it and want to use the scales as an indicator? Okay I get that so if you ARE going to weigh then here’s what you SHOULD know.

The scales WILL fluctuate based on what you have eaten the day before.

THIS IS CRITICAL to know. If you have eaten quite a lot of carbohydrates then you need to understand that for every 1 gramme of carbs you ingest you will also STORE 3 grammes of water. This is why you can wake up some times a few pounds heavier if you have eaten a LOT of carbs the day before. It’s very important to know that this is not FAT; it’s a lot of stored water from the carbs.

Even if you were in a calorie deficit the day before but had gotten most of your food from carbs this could STILL be the case. Hope this is giving you some clarity?

In one of my online groups this week a lad popped up and said he had gained 4 lbs in one day after over indulging in a buffet style lunch at a family gathering the day before. Obviously he was really upset and beating himself up.

I explained that there was no way he would of gained 4 lbs of FAT unless he had eaten around 16,000 calories the day before. Even Eddie Hall the world renowned power lifter and absolute beast only averages about 10,000 calories a day.

It’s important to know that to gain 1lb you need to over eat (be in a surplus) by 3500 cals (just like you need to be in a deficit of 3500 to lose 1lb). The average man’s basal metabolic rate (the rate you expend calories just living and breathing) is around 1800-2200 cals a day. So, I explained to said client, let’s say yours is 2000 cals a day you would of needed to have eaten 4 x 3500 cals plus 2000 (his BMR) to have actually gained 4lbs of FAT which is just not possible in one day.

Many guys are jumping on the scales after a heavier day on the carbs and then panicking because they see the scales rocket UP.

I explained to the client that the gain on the scales was simply a reflection of all the carbs he had eaten at the buffet yesterday and was NOT a true reflection. I then told him to go back to eating as he normally did, nothing silly or drastic and it would soon balance out.

So how do you get a true indicator? Well here’s something I read recently in Jamie Alderton’s ‘Mindset with Muscle’ book which goes against what I would have told you in the past but I like to keep an open mind.

He basically said due to the fluctuations in the scales (due to the reasons I’ve mentioned above) you could weigh every morning for 7 days and then take an average loss across the week. If you are tracking cals and in a deficit then it should even itself out. which I thought was quite a decent bit of advice.

Remember also lads that if you are going to weigh then do so at the SAME TIME on the SAME SCALES wearing the SAME CLOTHES or NOT! If I do weigh I’ll always do it first thing in the morning naked on my home scales (and preferably after a good pooh!).

The amount of lads over the years that have popped up having a moan about the number on the scales when it turns out they’ve weighed naked in the morning and then done it fully clothed at the gym in the evening (having eaten and drunk during the day) and wondering why they have gained 5lbs I have lost count of. Of course it’s gonna fluctuate even more like that.

I really hope this gives you some value lads and clears up any confusion.