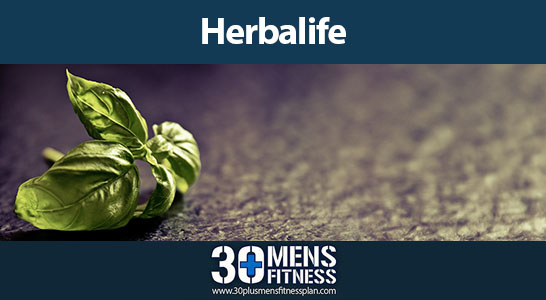 You want to lose weight and you want it fast right?

Your mate is selling Herbalife even though he’s not a qualified nutritionist and he’s raving about the results he’s gotten.

You buy into it and are advised to drink a meal replacement shake for breakfast, one for lunch and then a proper meal in the evening.

You stick to this religiously for 7 days and are amazed you have dropped between 7-10lbs. You crack on into week 2 and lose another 2 or 3lbs which you are a tad disappointed with because it wasn’t as much as week 1.

You get to the weekend on week 2 and are ravenous for food and drink, you also think that you should reward yourself having lost almost a stone in 2 weeks so you have a big blow out consisting of a big takeaway and maybe some beers.

You wake up on Monday feeling like shit, jump on the scales and are heart-broken to see you have gained back a whopping 9lbs.

You feel disheartened and angry with yourself so get back on the meal replacements.

However by the Friday of the 3rd week you are feeling miserable and dreading having to drink these shakes instead of eating real foods.

Sure you’ve lost another 1-2lb this week but you’re really not enjoying the experience now.

You sack it off over the weekend and over indulge again, wake up Monday feeling like shit, too scared to weigh and just go back to how you were eating a few weeks ago, whilst the Herbalife sachets began to gather dust.

Now I know this is a generalization but this may have quite possibly happened to you; I know it did to me (with a different brand of meal replacement shakes) many years ago.

So let me explain exactly what is going on here.

First off you lost weight (notice I said weight not fat) very fast because the shakes put you in an extreme calorie deficit and for no other reason than that! You have to understand that to lose weight you need to give your body less than it needs in terms of calories and doing the meal replacements has done an extreme version of this.

Now when you go into an extreme energy (calorie) deficit you lose a lot of stored water, carbohydrate, muscle (protein) and some fat.

So come the end of the first week when you may have lost 7-10lbs it’s very important to recognize this isn’t all fat!

On week two the extreme deficit continues but because you have given up a lot of stored water and glycogen the ‘weight loss’ actually starts to slow down, although this could be when you actually start to tap into those fat stores.

Of course you are slightly deflated at the end of week 2 because the weight loss wasn’t as great as week 1 and you had it in your head that you were going to lose the same.

So as you moved into the 2nd weekend you are now so frickin hungry you feel like you could eat everything and you do. In fact you go on a massive binge and feel like you can’t stop – so why is this?

Plain and simply you have been starving yourself for almost 2 full weeks, depriving yourself of essential nutrients (don’t buy into what it says on the meal replacement packet about nutrients) and also highly likely eating very little carbs which the brain needs to keep it happy. You’re basically miserable and hungry, hence the binge.

So you weigh on the Monday and notice you have put 9lbs back on and are truly gutted. It’s important to know that it would be nigh on impossible to gain 9lbs of pure fat in a weekend (this would equate to eating 31,500 calories on top of what your body burns!). What you have actually done is smash a load of carbs and booze both of which encourage the body to store water – so all of a sudden your carb and water stores are topped right back up! Yes there will be a little fat gain buy NOT 9lbs worth!

And as I said you attempt to go back on the meal replacements but by now you are really not feeling it, deflated by the gain on the scales and really don’t fancy feeling deprived and hungry again so by the end of week 3 you sack it off.

Lads you need to understand that a calorie deficit brings about weight loss and you could of gotten the same results eating a chocolate bar for breakfast, one for lunch and a real meal in the evening without wasting your money on Herbalife.

Now I’m not saying that alternative is healthy, neither is, I’m just giving you an example.

Lads you don’t need to eliminate any one food group; eat a balanced diet and get an understanding of your energy requirements by heading over to www.30plusmensfitness.com and selecting our calorie counter to work out your daily requirements.

That way you can work out a daily sustainable deficit that can be maintained by eating real foods and not having to be a misery living off meal replacement shakes.