Do You Even Cheat Meal 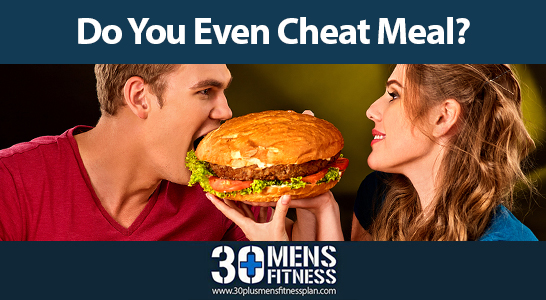 When I got into the fitness industry back in 2007 the ‘cheat meal’ seemed to be hugely popular….

Most ‘fitness’ magazines you read would show models, body builders and athletes enjoying pizzas, burgers and ice cream at the weekend.

Apparently this ‘cheat’ idea came via the bodybuilding industry with the science suggesting that it would give your metabolism a boost after a week / fortnight of dieting and put your back into a heightened state of fat burning when you returned to normal eating the day before.

And when I got into the industry I also bought a lot of online training programmes and eBooks which even suggested cheat days – calling them RE-FEEDS!

I’ll be honest I didn’t quite grasp that; the science had me at ‘boosting my metabolism’ and it was an excuse for an inherent fatty like me to binge eat on a Saturday or Sunday.

When I took my methods online to the masses in 2012 my programmes included a ‘cheat day’ on day 13 of the plans, which of course everyone LOVED.

Some were going on sensational binges, often starting with ice cream even before midday and literally trying to cram as much in before the day ended.

The next day many were complaining of feeling groggy, lethargic and bloated (no shit sherlock!).

Then we would get many reports of clients unable to get back on the ‘clean eating’ wagon and literally ending up on a week long binge unable to pull it back.

This did not sit very well with me at all.

So, the first thing we did was actually turn the cheat day into a cheat meal.

We also started to introduce a training session, the following morning after the cheat AND an intermittent fast taking lads into the Monday feeling a hell of a lot better than before.

Even at this time (a few years back) I was still buying into the fact that the cheat would ‘boost’ metabolism so therefore training the next day AND fasting (in a heightened state of calorific expenditure would be great for fat loss).

In recent times I have gotten a better handle on a more balanced approach to nutrition and whilst manipulating hormones may sound cool (and many ‘gurus’ sell out courses based on hormones), I very much believe you can only control what you can control, so lets focus on that.

After all, we can’t say exactly how much our metabolism would have slowed down and how much it would be boosted by a cheat meal.

So let’s talk of calories and what we can control because with a better understanding of them we now CAN control what’s going on with our fat loss or lack of it.

With the emergence of popular apps such as MyFitnessPal and MyFatSecret to track calories and with fitness trackers such as FitBit & Garmin etc to track output, there has never been a better time to manage input and output.

And it begs the question, if you do manage your calories then why is there the need to have a massive cheat meal every weekend?

As Phil Learney said on the recent podcast – “This is disordered eating, and the fitness industry has been justifying it”.

And it makes me look back and cringe at how we encouraged people to enjoy a cheat day – I wouldn’t be surprised if some lads were smashing down 5000 calories on days like this.

In this day and age we know that a day like that could whack out your whole calorie deficit for the week and to be fair it IS what a lot of people still do without realising it.

So, are we totally against ‘cheat meals’ now in our programmes?

Well the answer is NO, we still say newcomers to our plans can have them every fortnight and then go back to a cleaner way of eating.

We tell them is only one meal and they do not have to be gluttonous, merely enjoying some of the foods they have missed. We also tell people that there are plenty of healthier options these days for Pizza’s and burgers without going all out for the dirtiest take out you can find. You can even make home-made pizza and burgers if you wish.

As I mentioned, the next day lads are encouraged to train and fast to put there calories back into balance should they have gone over the night before.

You may be asking why not just ban the ‘cheat’ meal all together, get everyone to track their macros and fit a little bit of pizza, junk into their daily diet should they be hitting their protein, calorie, fibre requirements?

Well, whilst I am a convert to the ‘flexible dieting’ approach – I still DO NOT believe it is for everyone and therefore when we get newcomers to our programmes we do try and get them to eat as clean as possible (without tracking) as chances are their diets were pretty poor previously.

The fortnightly ‘cheat’ allows for them to re-introduce some of the foods we have excluded and to see how they feel afterwards. This allows the client to learn more about nutrition and understand fully what foods really nourish the body and what foods not so much.

Once a ‘newbie’ has come through one or two programmes, the option is then there to learn to track with a more flexible approach where no cheat meal would be needed.

So there you have it – this is my current stance on the cheat meal – I still believe it has a place, but rather than tell the client we are letting them have ‘bad food’ its our job to make them understand its not good or bad, its just slightly higher calorie, less nourishing food and to enjoy it in moderation.

I couldn’t standby and watch people end up on epic binges like I used to and then try and justify
it.

The goal should always be to move more, eat ‘whole’ foods 85%-90% of the time, stay hydrated, sleep well and get plenty of fresh air.

If then you fancy a little bit of ‘slightly higher calorie’ less nourishing food from time to time then just make sure it fits and you don’t binge on it.