What The Hell Even Is Manipulate My Hormones 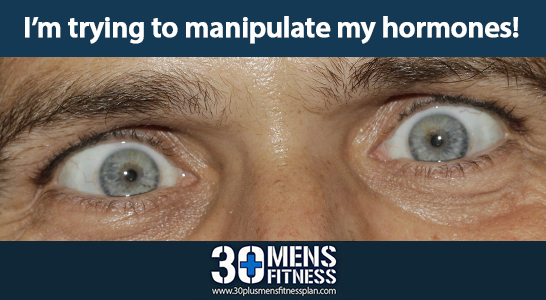 Manipulate my hormones – heard it before? Up there with ‘detoxing’ here is another word/term that has been banded around the health and fitness industry a lot in the last few years.

In fact most Fitness professionals should get a daily reminder on Facebook when the ‘on this day memories’ pops up – all they have to do is scroll back 5 years ago and they will see they were talking about ‘hormone manipulation’ just like I was!

But what do we mean, or did we mean about ‘controlling hormones’.

Well the courses that I once went on spoke about things like cortisol, grehlin, leptin and insulin being things that could effect your ability to lose fat and whilst a LOT of it was completely confusing, these are genuine hormones.

Ghrelin = Hunger hormone; secreted due to lack of sleep

Insulin = A hormone made by the pancreas that allows your body to use sugar (glucose) from carbohydrates in the food that you eat for energy or to store.

Apparently getting all these hormones working well for you was OPTIMAL for fat loss but in reality it was fucking difficult and lets be fair how much can we really know what effect ‘optimising them’ has.

For example – cortisol – how in this day and age can you avoid stress with the pace of life, kids, careers and financial pressures? If a coach tells you to completely avoid stress then they have no grip on reality Im afraid.

Ghrelin – How the hell do parents of young kids know if they are going to have a good night sleep? They don’t! When my two came along we didn’t sleep properly for 3 FUCKING YEARS – I was constantly hungry and over-eating! How could I avoid being tired other than put my kids up for adoption!?

We were told to introduce cheat meals to manipulate ‘leptin / boost metabolism’ – that’s a red rag to a bull for someone who has food issues and was tired (me) and also to a lot of our clients who we promoted this too.

Yet at the same time we were being told to control carbohydrates (except on cheat days cause that’s science) because carbs spike insulin and this automatically sends the carbs to your fat stores!

Man it was so bloody confusing and very overwhelming…

When you think about it it makes perfect sense right?

Look if stress makes you fat – then why when I saw a mate who had recently split from his partner, had he lost 3 stone? It was because he was too distraught to fucking eat – therefore he lost weight (this is called the heartbreak diet by the way!)

And even if you are swimming in ghrelin due to lack of sleep – if you don’t eat or even are aware of your calorie intake how the fuck can you gain fat? You can’t store calories you haven’t eaten!

Man when you look at it now it’s so bloody clear – yet we all bought into the complicated stuff and in doing so made it complicated for our clients!

When I did a podcast with a good mate Russ Meadows at the start of the year and quizzed him on ‘hormones’ his response was amazing. He said ‘Control what you can control’ and that summed it up perfectly.

You can’t always control your night sleep or the stress you may face in the day BUT you can control what you put into your gob and if you are going to get off the couch and fucking move a bit more.

And YES, it’s important to understand that if we are tired and stressed we ARE going to want to eat more because of hormones. However it’s not the hormones alone that will make you gain weight; it’s the decision you make to over eat or under move on a daily basis due to how you feel.

These days I control what I can control and don’t worry about the rest.

If I have a shite night sleep I’m aware I’m going to be hungrier so I may just throw in a strategic fast and drastically UP my water to deal with this.

If I have a stressful day or the kids have done me in, I’m aware my cortisol levels are going to be higher and therefore try and avoid comfort food.

And that’s all you need to do guys.

Life is stressful, some days you won’t be arsed, but stop blaming your hormones for fat gain.

It comes down to energy balance and that is all you should be worrying about.

Eat a little less – move a little more – and of course eat whole foods 85% of the time.

Stop fucking trying to manipulate your hormones by getting the perfect night sleep and totally eradicating stress because that is just completely unrealistic!

Hope you got some value from this boys?